The famous and glamorous Costa Smeralda is home to some of the most beautiful beaches in all of the Mediterranean. Located on the northeastern coast of the stunning island of Sardinia, this region is aptly named after the emerald green waters and white sand beaches that make up its coastline. Ideally situated by the neighbouring island of Corsica, a cruise to Porto Cervo, the sophisticated capital of the Smeralda Coast, should be a part of any Corsican yacht charter itinerary. Here is why you should visit Porto Cervo during your yacht charter.

The namesake state-of-the-art marina and exclusive seaside resort offer everything and anything one could want or need during a luxury yacht charter. At the same time, the surrounding villages and towns are sure to capture your heart and imagination. Initially built in the 1960s per request by Prince Karim Aga Khan IV, this resort rapidly gained traction among the elite and international jetsetters following the addition of the main port in the 1980s. With a local population of less than 500, Porto Cervo remains one of the most opulent and exclusive resort towns in the world. The Porto Cervo marina features 700 berths for yachts of all sizes and several fine-dining options and boutiques, bars and clubs. A yacht charter to Porto Cervo will ensure you unwind and relax in complete luxury, privacy and ease. 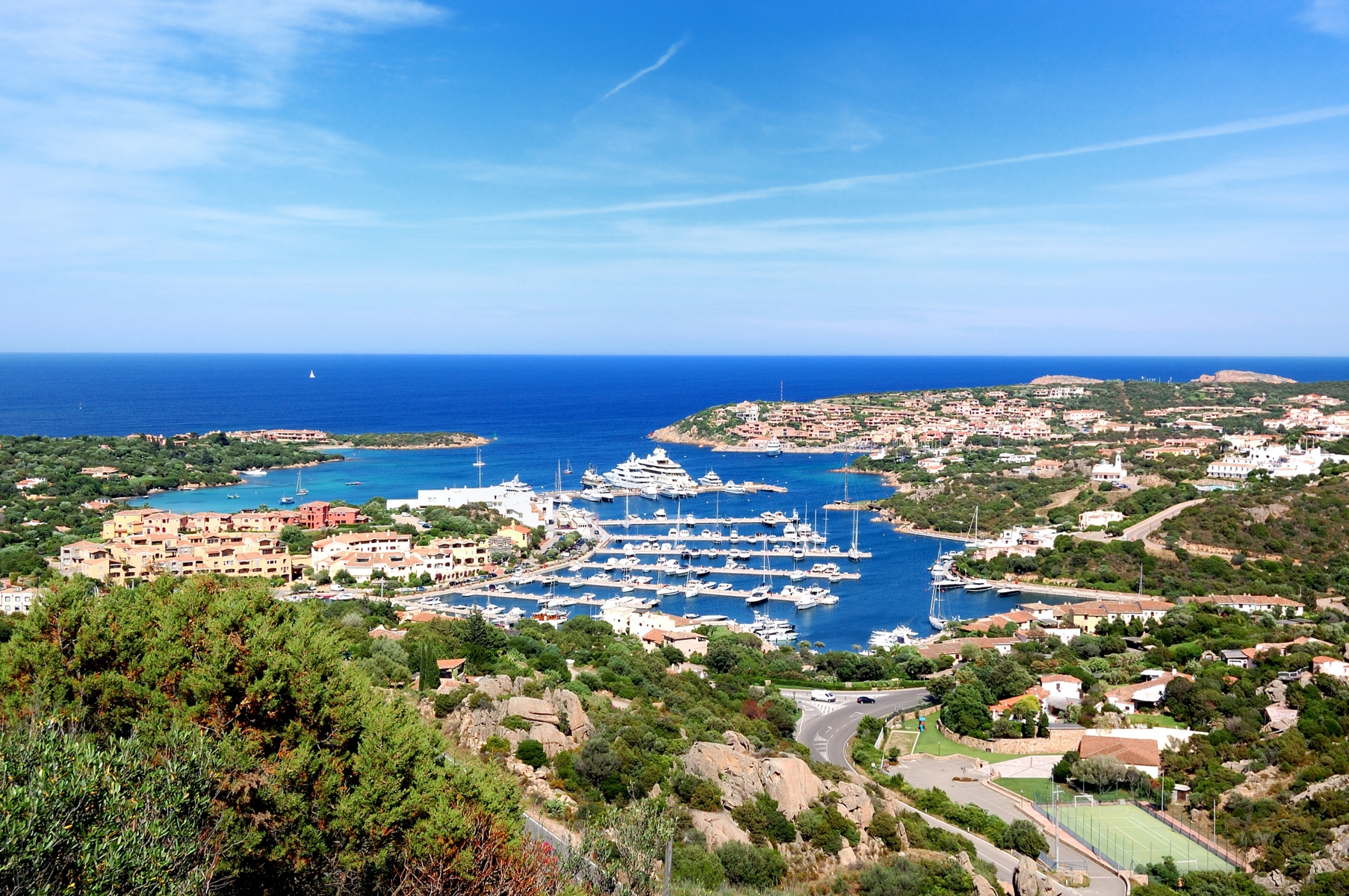 Enjoy an afternoon of people watching and high-end shopping as you explore Porto Cervo. Soak up the striking architecture found in this tiny resort town, like the Stella Maris church, which resembles the work of Gaudi but was designed by Michele Busiri Vici. Located on a hill, take in the sweeping panoramic views of the town below this picture-perfect white church before sampling some of the famous Mediterranean cuisines at one of the many restaurants. Head to the small Promenade du Port filled with designer boutiques from Louis Vuitton and Gucci, or play a round of golf at the top-class Pevero Golf Club, celebrated among professionals worldwide. Treat yourself to exquisite wine tastings from the nearby vineyards or enjoy a night out on the town. Although Porto Cervo may be small, it does not lack nightlife and has several nightclubs and bars open until late. 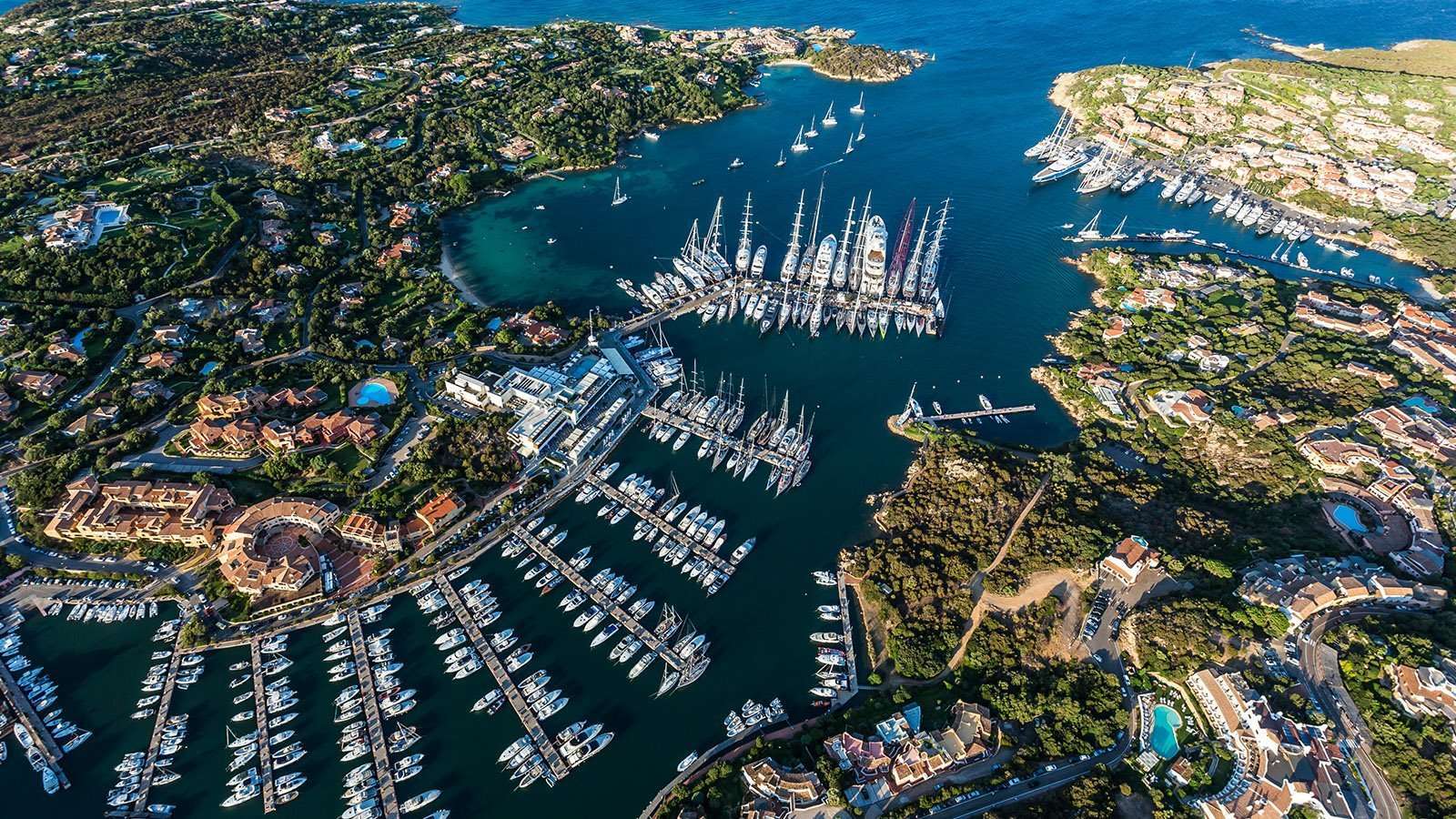 As with most destinations within the Mediterranean, the true star of Porto Cervo remains its beaches. With several magnificent beaches nearby, you will be spoilt for choice. Capriccioli Beach is a small strip of white sand beach that is surrounded by thick Mediterranean olive and pine trees. Offering crystalline, shallow and calm waters, this is an ideal beach for families and watersports. Within walking distance is Celvia beach, which features several restaurants and bars for those looking to enjoy a meal as they unwind under the sun. Principe beach, officially ranked as one of the most 20 beautiful beaches in the world, is located near Cala di Volpe, just south of Porto Cervo. Colossal pink granite rocks shelter this white arch of a sand beach and can be found in the seabed, ensuring the water changes colour from emerald green to near white pink. Perfect for sunbathing, snorkelling and swimming, this beach remains a favourite among visitors and locals alike. Breathtaking views, spectacular beaches, delicious food, great nightlife, and year-round sunshine are just a few of the perks Porto Cervo offers its visitors. One of the most exquisite destinations in the Mediterranean, be sure to visit during your yacht charter.

Fall Hiking Tips: How to Enjoy a Safe and Fun Hike

Fun Things to do in the Hudson Valley

RV Park & Resort: The Affordable and Comfortable Way to Travel

Fall Hiking Tips: How to Enjoy a Safe and Fun Hike

The Best Cheap Boats for the Weekend in St. Tropez and Cannes

Discover the Italian Excellence of the Benetti Oasis 40m