Home > Travel > A Culinary Guide to Sans Francisco for Tourists 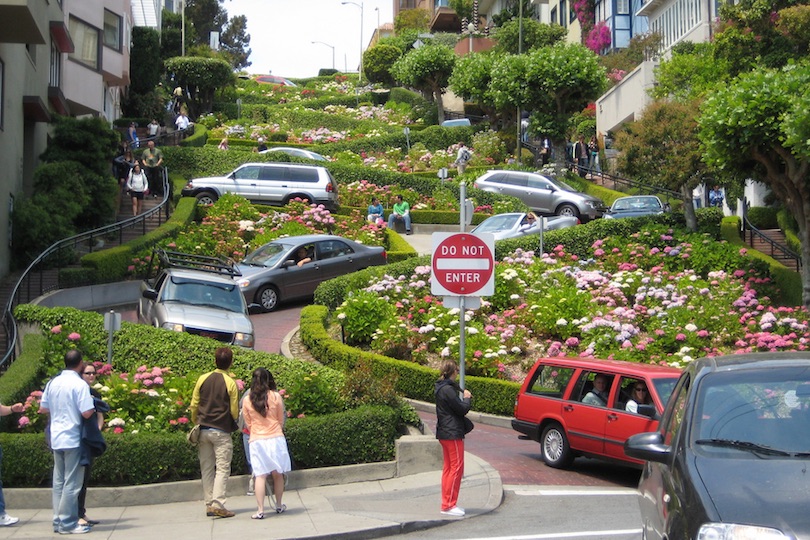 A Culinary Guide to Sans Francisco for Tourists

San Francisco, one of the largest cities on the Pacific coast of the United States, attracts millions of tourists every year. The beautiful city in Northern California features an endless array of attractions, including museums, parks, beaches, great neighborhoods, wonderful eateries, and countless entertainment options.

While there are plenty of reasons to visit this gem in Northern California, the most seductive feature of Sans Francisco is its food. The city is a culinary mecca with an ever-evolving food scene that’s hard to find elsewhere around the world.

If you are visiting this world-famous food city for the first time, chances are that you’ll get overwhelmed by the massive array of food options. Below you’ll discover some of the city’s over-the-top culinary destinations so you know where to eat when you go to San Francisco.

The first-course menu features yam polamai, laab kin, khia khao beans, miang pla, and nom tok mo among other Thai starters. For the second course, you can have caramelized fish sauce, tau pad kapi, gaeng som, namprik ong, and gaeng massaman gae, all served with jasmine rice. If you have never tried Thai cuisine before, Nari seems like a great place to start.

If money is not a problem for you, a full-course meal at this Northern Italian restaurant must be in your travel diary. One of the oldest restaurants in San Francisco, Acquerello offers an unparalleled Italian food experience in a ritzy setting. The high-end eatery has some of the best food and wine pairings in the city.

Start your meal with the caviar course that arrives with Royal White sturgeon caviar, smoked corn “crème brûlée,” crème fraîche, and chive blossom. After the main course that includes kampot peppercorn-crusted A5 Wagyu beef and buckwheat, go for the cheese course to try a unique selection of Italian condiments and cheeses.

Complete your meal with a delectable dessert from their Prix Fixe menu like almond cake with candied Meyer lemon or stracciatella gelato with grilled strawberry.

The Richmond District of Sans Francisco has a lot more to offer than exquisite beaches, science and art museums, and historic theaters. This quarter of the city features some of the best culinary hotspots in San Francisco. Whether you want to try Russian dumplings or classic Moroccan dishes, you’ll find all major cuisines in this part of the city.

The food scene of the district can be best enjoyed at Aziza, a Moroccan restaurant serving an innovative selection of classics from Rabat, such as couscous, tagine, tanija, fried chicken, pastela, trotters, rfisa, and zaalouk. You’ll also find a plethora of Korean and Japanese eateries in the buzzing neighborhood.

This is where you should have your first meal as you arrive in San Francisco. Located eight miles from San Francisco International Airport in Daly City, Koi Palace is a vibrant Chinese restaurant with an impressive variety of dim sims and other classics from Beijing. As you arrive at Sans Francisco International Airport via a Cathay Pacific direct flight, you can grab a bite at this dim sim institution before heading to the city.

A three-Michelin star restaurant featuring New American cuisines in a minimalist setting. The menu features an eclectic mix of transnational culinary traditions including Cantonese and Korean. The nightly tasting menu consists of a few meat courses, seafood and vegetables, and some desserts. They have a massive wine selection featuring over 300 French, Californian, Austrian, and German wines.

SoMa is on every tourist’s itinerary who’s visiting San Francisco for the first time. The beautiful district is famous for fine dining, artisan coffee shops, museums, local breweries, ice-skating, nightclubs, and other forms of entertainment. You won’t find a more diverse neighborhood to eat in San Francisco.

Californios is the best Mexican spot in South of Market, a neighborhood stretching from Market to Townsend and Embarcadero to Eleventh Street. The Michelin-starred restaurant serves a wide range of Mexican classics including wagyu steak, foie gras-garnished churros, and lobster tacos.

The black walls, colorful art, and low lighting make the dining experience even more magical. While you are in SoMo, it’s also a good idea to hit the streets and treat your palate to Mediterranean classics at street-food joints.

No eatery in San Francisco can beat the stunning views from Waterbar, a classy seafood eatery sitting right along the Embarcadero. Whether you get a table on the patio or indoors near the glass window, you can revel in the views of the beautiful Bay Bridge. The view looks even more stunning at night when the bridge lights up.

They have separate entree menus for lunch and dinner. The dessert menu features coconut panna cotta, hazelnut financier, balsamic caramel, and a great selection of housemade ice creams and sorbets.

A beautiful amalgamation of English and American traditions in the heart of Sans Francisco. House of Prime Rib, a seventy-years old eatery, has a simplified menu featuring five different cuts of standing rib roast. You won’t find a rib steak as tender and juicy elsewhere in the Bay Area.

House of Prime Rib has an extensive wine selection featuring merlot, pinot noir, cabernet sauvignon, and chardonnay among other reds and whites. As you sit by the fireplace and sip your favorite wine, you’ll feel like all your worries have evaporated.

Singapore Travel Tips: What You Need to Know Before Visiting

A Trip to Bromont with Family: Fun Times and Snowy Adventures

A Trip to Bromont with Family: Fun Times and Snowy Adventures

Top 11 Reasons to Consider Skiing as an Adventure

How to Choose the Right Private Jet for Your Getaway

How to Choose the Right Private Jet for Your Getaway

4 Differences Between Paddleboarding On Lakes And At Sea